Il Segreto means “the secret,” and the truth is the secret that the fish stands for. The figure holds it behind his back because, De Reggi explains, the truth is so powerful that it has to be safeguarded. Some people cannot face the truth, and some cannot be trusted with it.

Fish appear frequently in De Reggi’s work: in the outstretched hand of a figure in a boat, offered up in thanks for the grace of bountiful fishing; tucked under the arm of a woman in a tophat; giving a ride to a tiny human figure; “swimming” through the pedestal of a bust. The sculptor explains why fish are such a powerful visual metaphor:  They are always in motion, even when they are sleeping. In that, they remind him of the human mind.

Audio Tour: Hear De Reggi tell you about his piece

Transcription:
My name is Emanuele De Reggi.  I was born in 1957 in Florence, Italy, and this is the town that I grew up and I did my major studies. Florence was a town in those days that had a lot of artisans.

At the moment, my sculpture activity is done in Italy, in Pietrasanta, where I have a house and a big studio, and Pietrasanta is this wonderful place that hosted artists from all over the world – sculptors mostly – because of the quarry of the white Carrara marble that is nearby. And a great number of bronze foundries.

I created Il Segreto in 2004. This eight-foot bronze sculpture was cast in Pietrasanta, Italy. When you first look at Il Segreto, you might see a being hiding a fish. Il Segreto means “the secret.” This is a sculpture that talks about truth and furthermore talks about the handling of truth. That is why it is necessary to have someone there as a keeper, because not all of us can handle truth. The fact that I use a fish to talk about all this could appear amusing. The fish is there as a symbol, a symbol of movement. As you might observe, truth is constantly being reinterpreted. 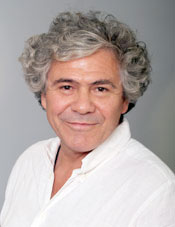 About The Artist: EMANUELE DE REGGI 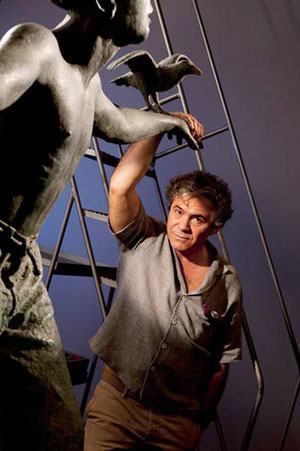 Like his works, De Reggi exudes a sense of movement, of embracing and flourishing on the tide of change that is life’s constant. He is in transit, shuttling between his home base in the historic sculpting town of Pietrasanta, Italy, and Bangkok, where he works with local craftsmen to cast his massive bronze sculptures. Motion and change have been the constant in his life: Since early adulthood, he has traveled and studied, lived and found inspiration around the globe, from North and South America to Australia, from India and Thailand to Spain and Italy. It seems as if he simply cannot live in a way that does not involve ever-unfolding opportunities to experience and grow, in a process that feeds and expresses a supple imagination and talent.

De Reggi’s projects include monumental sculptures, sometimes in conjunction with major construction projects, to which he brings a fine sensitivity to the relationship between art and architecture and to the contribution art can bring to a project, whether it is a corporate headquarters or a public facility. In addition to his permanent installations, his work has been exhibited in galleries and shows in Italy, Switzerland, Belgium, Germany, Greece and the United States.

Born in Florence, Italy, De Reggi was introduced to the world of art by his grandfather, the painter Emanuele Cavalli, but De Reggi chose sculpture over painting because, he says, it is more emotional and appeals to all the senses. It is also, in his hands, a powerful expressive tool, one he yields by using visual metaphors to give dimension to ideas, much as the fish in Il Segreto is a metaphor for the truth, or the balanced perch of the figure on Carambola is a metaphor for the necessity of being poised for what life will bring, or the trees that show up in many of his works suggest the endurance of nature. Those ideas — the constancy of change, the fragility of man, the instability of our balance, the long view of nature — flow fluidly from his soul to his imagination, from the work of his hands to the motion-infused style of his life. 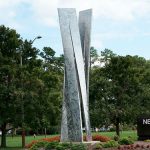 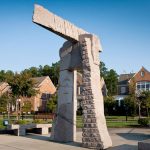