The grounds of a hospital is the perfect site for a piece in which, the artist explains, people find many levels of meaning: “Some see it as an angel with its wings spread open, others as a tree of life, while some view it as hands reaching out in hope. But everyone recognizes that this sculpture is about the healing power of beauty, of hope and of creation and, above all, about the Spirit of Life.

Audio Tour: Hear Blumenfeld tell you about her piece

Transcription:
Hello, I am Helaine Blumenfeld.  If you are hearing this, that must mean that you’re standing in front of a sculpture of mine, which is called Spirit of Life, which I created in 2004/2005 in Pietrasanta, Italy, where I work.  I’m American.  I live in Cambridge, England, and have my studios in Pietrasanta.  I’m very, very keen on the idea of public sculpture being something that people can relate to, and in this way, I think sculpture is reentering the lives of people, and it’s taking a big part in restoring the human spirit.

I believe that public sculpture has to fit the place it’s in, and so I went to Newport News and went to see the Riverside Regional Medical Center and where it was thought the piece would go, and realized that people visiting the hospital, visiting people who were ill in it, would really want to be able to leave and have a quiet place they could go to and reflect, and yet a place that would give them a sense of optimism, and for me this sculpture is about hope.  It’s about life of spirit.  It’s about continuation, and I felt that something like this could really enable visitors to the hospital to have a sense of respite. 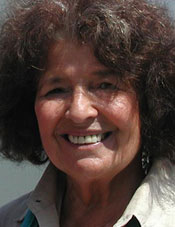 About The Artist: HELAINE Blumenfeld 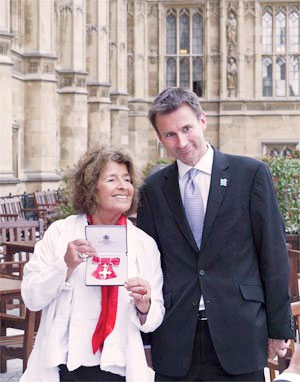 Helaine Blumenfeld with The Right Honourable Jeremy Hunt MP, Secretary of State for Culture, Olympics, Media and Sport, following a private ceremony at the House of Commons, July 13, 2011.

One of “the next Henry Moores” is how The Financial Times described Helaine Blumenfeld. Being compared to the most eminent British sculptor of the 20th century says much about the stature of Blumenfeld, one of the most respected and sought-after sculptors working in England.

Official recognition came on July 13, 2011, when she was awarded an Honourary Officer of the Most Excellent Order of the British Empire by Her Majesty Queen Elizabeth II for her “remarkable contribution to the arts as one of the boldest and most diverse artists working today.” This is a rare honor for an American and for an artist, and the latest of many honors that have included being the first woman to receive the prestigious Il Premio Pietrasanta e la Versilia Nel Mondo (International Sculpture Prize: Pietrasanta and Versilia in the World).

While Blumenfeld is one of the bright lights in British art world, she is American by birth and citizenship. She earned her Ph.D. in philosophy at Columbia University and soon after began working as an assistant to the Russian Cubist sculptor Ossip Zadkine in his Paris studio. Two years later, she had her first solo exhibition in Vienna. Today, she divides her time between Cambridge, England, and her studio in Pietrasanta, Italy.

Blumenfeld has exhibited at major galleries in Europe and the United States, including an exhibition in New York with the work of Henry Moore. Her sculptures are in the collections the University of Cambridge, University of Leicester, Het Depot Sculpture Gallery in The Netherlands, New York’s Lincoln Center, British Petroleum Headquarters in London and private collectors. 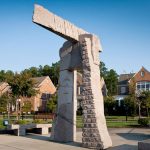 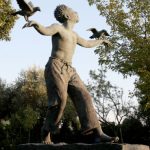